Frontone and its castle

At the foot of Mount Catria, the Frontone is especially known for its castle, “Castello della Porta” that after the restructuring was reopened to the public for visits and ceremonies. The castle of Frontone is part of the path of the provincial route dedicated to the most significant Fortresses and castles of the province of Pesaro-Urbino. Located 600 meters above the sea level, surrounded by lush nature that lends itself well to day trips and excursions, especially at the nearby mountains: Catria (1700 mt) and Acute, where admire flora and fauna untouched, with the presence fallow deers, roe deers and even eagles. 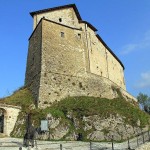 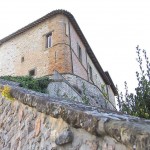 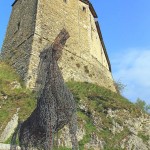 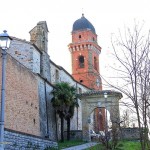 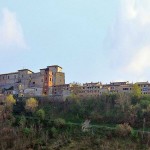 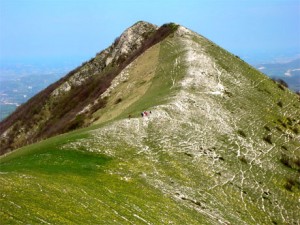 During all year events and routes to discover this wonderful land are organized.
During the summer you can hike with night in tents, climbing the mountain during sunset and dawn, enjoying a night under the stars.
In autumn excursions are organized, dedicated to bird watching and mountain bike tours along the paths of the forest, in the winter, snowshoeing snow.
To arrive at Mount Catria both during summer and winter there are cable cabins, a cable car that for just 10 € (round trip) takes you up to the refuge Cotaline, 15-20 minute climb surrounded by breathtaking scenery. Once up, you can leave for summer hiking along the trails in the winter, or throw in the ski slopes. Many are the sports that you can play: from trekking to horse riding, from skiing to mountain biking and Nordic walking, to simply walking to discover nature.
In particular, you can play down hill, an extreme sport performed on steep mountain trails: it is an individual path in MTB on roads mixed and rather adventurous.
But Frontone is not only sports and nature, but also a destination for food lovers: it is in fact the official capital of crescia, similar but very different from flatbread, this tasty delicacy cooked strictly grilled and accompanied by cold meats, cheeses and vegetables can be enjoyed in every local restaurant.

Every year since 1987 it holds the Palio della Rocca, a reenactment that takes place on the second Sunday of September in honor of the patron St. Abbondio. Six castles of their respective hamlets that form Serra Sant’Abbondio, each with its own emblem and symbol, compete to win the prize in the race of the geese: each hamlet chooses his own goose that will follow a path, nobody can touch the goose but only spur it to the finish line. This particular feast is enriched every year with shows, music and open taverns.
In the territory of Serra Sant’Abbondio there is also the famous monastery of Fonte Avellana, at the foot of Mount Catria, announced in Dante’s Divine Comedy, was a place that attended to the passage of saints, bishops and popes.
Today you can visit part of the Hermitage, in particular the “Scriptorium St. Peter Damian”, the room dedicated to St. John, the room where the Chapter monastery met, the crypt of the tenth century and the Basilica Minore.
Place filled with spirituality and study, within the monastery there is a library both ancient and modern, not open to the public; the hermitage also offers its hospitality to those looking for a few days of silence and meditation to find inner wellness and share prayer. 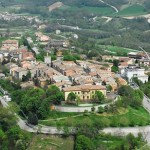 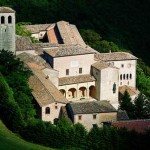 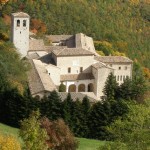 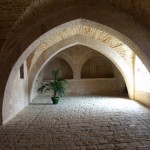 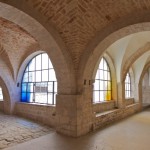 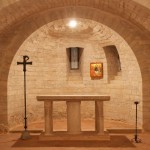